I had never found myself is such a dilemma.  Rick was one of my best friends.  On any given day, he and I with several other guys could be found up on the box slide hill behind Grant School, under his house where he had build the coolest fort ever, in his backyard pool yelling “MARCO! – POLO!”, beneath Mountain View Avenue in front of his house in the storm drain, biking anywhere a half-day of riding could reach or sitting behind his father’s machine shop (Van Bebber Bros in Petaluma in the early 1960s) on the shore of the Petaluma River burning through a huge box of metal punches with our sling shots.  Yea, Rick was a good friend, but he had finally pushed me to the point where something had to be done.  I had even talked to dad about it and decided that his advise would be followed.  Despite the fact that I had never thrown a single punch at anyone in honest anger – Rick Van Bebber, my friend, who was literally just a few days younger than me, had to be punched out.

In a large way, we are products of the neighborhood we grew up in and the 1960s neighborhood around Grant and Mountain View Avenues, Petaluma was full of young families with boys and girls a plenty to be the first class of kindergartners for the new Grant Elementary School.  Rick and I along with a full class of others became the first group of kids to attend each grade of the school from K-6.

Rick’s family had one of the few sacred temples of fun in the neighborhood – a pool and we were often being almost as rowdy as we pleased.  We found one of the few limits one day when Rick pointed out that his younger sister loved to swim so much that the chlorine in the pool was slowly turning her very blond hair an eerie tone of green. This was decades before such things were stylish and so for the time being was just creepy and worthy of our loud and public abuse.

We made the mistake of leaving her in tears about it and quickly learned the wrath of mom Van Bebber.  I’d never seen his mom so angry.

Rick’s sister was friends with my youngest sister, so I caught a second wave of grief for being such a jerk from my sister before the incident was demoted to regretted history.

We decided respect this limit. To this day, a girls hair color remains safe from my opinion.  It’s a law of physics that, once understood, has likely kept me alive through several scary fads. Sigh. The price of fun is sometimes so expensive.

Rick’s father won my respect one Saturday when Rick announced that he and I were going down to the shop to do some work for his dad.  “The Shop?  Really?”  I was star-struck by anything having to do with the shop down on Petaluma Blvd. They had machines there that were bigger than dad’s pickup truck and a crane that moved around on tracks up on the shop ceiling.  Rick and I would often explore the shop floor while the crew worked and no one seemed to mind.  Can’t you just imagine the hives that someone in the insurance industry would break out with if this were to happen today?

But the job Rick’s dad had in mind was not in the shop.  Nuts!  Instead he took Rick and I to an old house just next door to the shop.  I believe they had bought the old house for the land and the house had to be demolished. His dad thought it would be a good idea to let Rick and I begin the demolition.  He gave us a couple of hammers, told us to have a good time and then left.

I was amazed. Really?  We could just take our hammers and tear the place down?  Rick smiled at me and I realized that this was one of those rare opportunities where our natural talent for chaos actually had a purpose.

Rick and I were tearing through each room with unbounded zeal, punching holes in every wall, laughing as we destroyed ancient plaster and the wooden slat backing that held the plaster in place.  These old walls were no match for 9 year old boys with hammers.  It was so much fun!  We were in what might have been the living room, each working our own wall trying to collapse the largest piece of plaster by outlining large squares with our hammers.  I glanced over to see how Rick was doing and saw that he had a big square of the heavy plaster coming loose, but as I watched, a second large crack climb up to the ceiling.  Rick was on his knees below the loose square, pounding his way to breaking it loose.

‘That’s going to be a huge piece of wall,’ I thought; but suddenly realized that the full square of plaster and old wooden slats was was very close to breaking free and Rick could not have noticed how high up the cracks had gone.  Much smaller squares had made wonderfully huge crashes as the combined weight of the plaster and rotted wood slats failed and fell.  This piece would be twice the size of anything we had yet brought down. He was surrounded by loose plaster. The very top of his giant square moved as some of those wooded slats broke free, and that was enough for me.  I jumped over to him, grabbed him by his shoulders and yanked him back away from the wall and drug him the last few feet while the wall of plaster broke free and crashed down right where he’d been only a split second ago.  The crashing sound was enormous and the floor shook with the impact.

The silence, after the crash, was eerie because neither one of us had any smart remarks to follow up with.  Neither of us would have wanted to be underneath that wave of old plaster and wood.  But, there were a few places left with intact walls and we best get back  to it.  The chance to bring such chaos to order was simply not to be wasted by a simple possible near death experience.

I also don’t recall that we told anyone about nearly flattening Rick out beneath that wall.  Worried parents can be such a nuisance.

In the days that followed, Rick and I took our slingshots behind the shop where the crew had boxes of old punches.  These were small steel discs, like small thick coins, perfectly round with unfinished edges that were perfect slingshot ammo.  They had to be handled carefully because the edges could be pretty sharp. We sat on the top of the bank of the Petaluma River and fired off round after round of these small slugs. 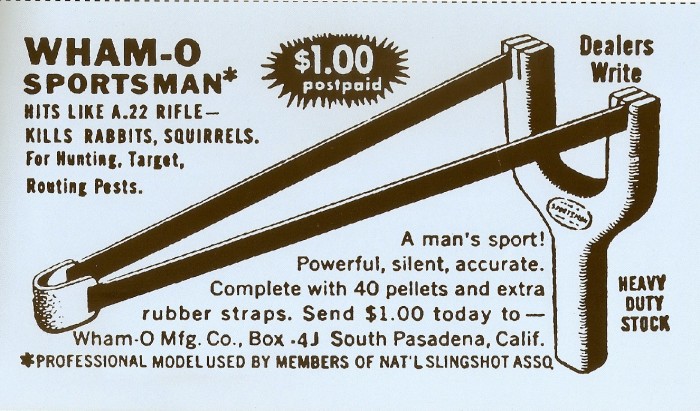 We tried all kinds of variations, smaller or larger, one slug or short stacks of 2-4 and laughed wildly as each flight pattern took form.  These discs were just aerodynamic enough that the speeds we were getting from our Wham-O slingshots would cause them to take a corkscrew trajectory which we would drill into the mud of the opposite bank or sometimes skip if we shot them down or up the river with longer reaches.  If a gull flew by, we sent up as many as we could quickly load and fire with the hopes of a lucky shot – but no joy.

We had to have spread a couple hundred pounds of steel shot around the east bank of the river behind the shop.  Good thing raw steel rusts away to nothing so easily.

My parents bought me my first 10-speed bike in those days and on it, I was part of the biker gang with Rick and many others.  My dad, because I had demonstrated such talent for blowing out tires, decided to get the wheel hub quick disconnects that meant I could easily remove a tire for repair without a wrench.

It seemed like a perfect idea to me. To Rick, it was a nearly impossible to resist temptation. If he could figure a way to get to my wheels without my noticing, the next time I got on my bike, my wheels would fall off.  It was mildly funny the first time.  By the three hundred forty seven thousand eight hundred and sixty second time, it was not so funny – and Rick was resisting all my attempts to get him to knock it off.  Taking things apart was just in his genes, and I was getting angrier and angrier.

I talked to dad about it and he told me something like, “It sounds like you need to give him a reason to not touch your wheel hubs.  Have you tried slugging him in the face?”

I was appalled.  Rick was my friend and friends don’t punch each other like that.  Dad answered my resistance with a question, “what else do you think would work?”

I had nothing and I was pretty angry at Rick for doing this to me at every opportunity.  So I resolved to do it and get it over with.

A few days later, he and other members of the gang showed up at my house to begin the adventure of the day.  I was nervous because I did not know how to operate in this mode of beating up my friends.  So, I went and got my bike and put the kick stand down and walking over to where Rick was straddling his own bike.

“And Rick, about this loosening my wheel hubs,” I said to him.

“What about it?” he answered.

I pulled back, made a fist and swung at his chin – missing him completely. . .

His eyes got huge as he tried to figure out what just happened.

Great!  Now I was embarrassed on top of being angry.  Determined to press through this, I made another fist and threw it again – this time making a solid connection with his chin – knocking him backwards and tangling his legs in his own bike.

Rick regained control of his bike and his composure. “Okay.  I won’t.”

I got on my bike and we rode off to another day like so many others.

Neither of us every spoke about either of those punches again and Rick never touched my wheel hubs again.  He grew up to take over that shop for his dad and ran it until he lost a battle with cancer.

We were far from perfect people, both as kids and as adults, but I understand he maintained a great reputation for customer service with his family’s steel fabrication shop and I can tell you that our neighborhood was so much more fun with Rick adding his ideas for fun and adventure.

If I had that old slingshot, I’d lift it now to his memory and honor. 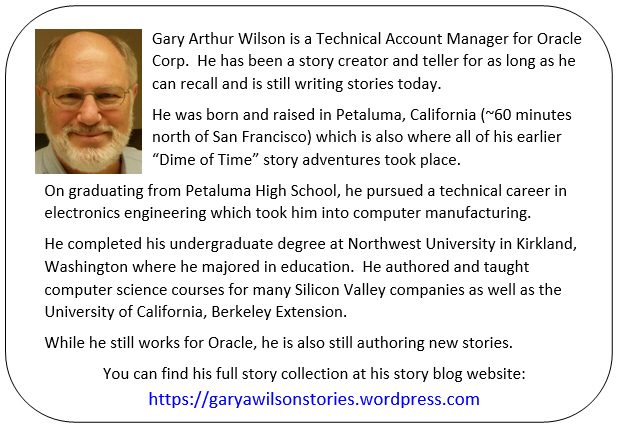 5 thoughts on “A Shot Between Friends”