Thanks to Romane Gautun for freely sharing this photo.

Note: In this story, I’ve chosen to not name names.  I will represent opinions as I heard or expressed them but, accurate or not, they were just that, opinions which may have been objectively incorrect.  If you happen to know actual names of persons or companies, please keep them to yourself.  No one needs the potential embarrassment and my point in sharing this story will be plenty clear without actually naming anyone.

My manager walked up to the group of us. “Hey guys.  Did you see the quarterly numbers are out and the company is doing really well, except for one division of course.”  We were grateful that the company was still growing but it had become a quarterly pattern of good news except for one area that followed a certain leader wherever she went.

“Well, we should be thankful.  Her division is down less than double digits.”

“Yea, but if any of us lost that kind of money just once, we wouldn’t have a job the next day.”

“Humph, I’m telling you.  She has compromising photos of someone important.”

Since leaving trade school college, I’ve worked in the computer hardware and software industry almost excursively.  At one company, there was a woman who had a terrible reputation for moving from leading one division after another while leaving a wake of chaos and failure.

Someone in power thought she had potential but to my colleagues and I, it was remarkable that she was able to keep her job while making a mess of every group she touched.  Finally,  she left the company and we, expressed our sentiments by making some pretty snarky comments between ourselves about her.  Looking back, I realize that we had limited, one-sided, information and this predated the internet when we could easily have found more balanced data points, so we, immaturely,  sounded off with what we had.

Several years later I too left that company and began teaching for UC Berkeley Extension. One night a student shared with me what a wonderful CEO his company had so I asked for the name of this amazing person only to almost choke on his response because it was– the same woman who wrecked so much havoc back at my previous company.

I asked for some details but nothing clarified the question of, how in the heck did this happen? My student was adamant about what wonderful leader she was and what a great job she was doing. I was suspicious but intrigued.

Years later I was part of a general layoff that  left me looking for a new way to earn my keep. I soon got an amazing offer from — wait for it — yes, you know don’t you. . . the same company this woman was now leading.

I recall pausing to think this through. I had no interest in joining a company that was likely to fail due to bad leadership. My experience with her was distant and limited but ugly. My student was an extremely bright guy who I would have hired in a heartbeat so I respected his opinion, but how do I bring his experience and mine together?  Enough time had passed since teaching that class so long ago so that this woman was still in CEO was a significant. Perhaps something had changed.

The job offered was otherwise great so I took it and soon afterwards found myself in a large theater  where the company leadership held their all-hands meetings.  I was near bursting with curiosity when I arrived. This would be the first time I got to see her speak, handle questions, set visions for the next quarter and so forth.  She proved to be mature, rational, reasonable, prepared, funny with no hint of silliness and firmly in control of a large group of people who clearly respected and (dare I say) admired her.

I came away agreeing that she really was a dynamic and inspiring leader.  Many of these meetings are full of nearly useless management-speak but hers was practical, interesting, useful and drew us in instead of boring us mentally back to our desks where projects awaited.

Next, I had to rethink, who heard my ill-thought-out remarks so many years ago? Right after lunch, my dessert was going to be eating all those snarky words. I found myself embarrassed that I ever spoke them. 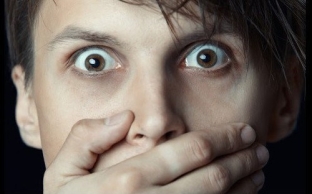 Unless uttered in silence only to ourselves,
each spoken or written word has an impact,
leaving an image, an opinion, a mark or scar;
lifting, entertaining, or injuring.
These are the taste of our words on someone’s soul;
seasoned by our grace or injured by our judgment.
Often enough are the times when our own words;
circulate back to ourselves,
proclaiming our guilt by ownership,
and leave us to savor the taste of our own condemnations.

My time there was short, but the whole time she did a great job.

But as folks do in this industry, I soon moved on and not long after so did she. We never met so I never had the chance to get to know her, but someone who knew I’d worked for her, pointed out to me a published interview she’d given with lots of background and what felt like authentic Q&A.

In short she testified how her start was rocky (which rang true) but her management recognized that her skills were there and just needed polish.  They had encouraged her to take some big risks and learn some big lessons. She told how she finally took some time away from work to study more and obtain some coaching before taking that CEO role.  In short, she did some hard work to increase her leadership abilities and became this amazing CEO with insight, compassion, acumen and poise and lots of other qualities she previously lacked.  I was thrilled again, for her success but so sorry for all the negative things I’d said about her.  My revised knowledge about her now included my own experience under her leadership and it certified that I had totally misread her potential and had been so wrong about her.

Finally I reached the last few sentences of the article to read how she had decided to pay a price for her success. Her family relationships suffered, especially with a certain daughter. This article left me feeling: sort of vindicated, thankful for having had the chance to work in her company, impressed by her turn around and the dubious wisdom of her decision to do all this.  I considered if I could ever have made such a hard decision or pay such a price.

The most lasting lesson I learned was how bad our words can taste even years later when we are caught being so wrong about another person.  In a sense, I was fortunate and thankful that I was never close enough, or had an large enough audience that my words somehow added to her early burden.

These days you will find me much more reluctant to gauge or comment on the lack of anyone’s potential.  Nope, not going there.  No one has solved the problem of needing to un-say something. I’ve sampled what words can taste like after fermenting for several years and you know what – they taste terrible.

Conviction by our own words, tastes the most bitter because,
those same so easily could have be left unspoken.

8 thoughts on “The Eddies of Work & The Taste of Words”