My family was big on almost anything having to do with playing in the water.  We romped with wild abandon at Petaluma’s new huge pool where (sadly) they used to have 4 diving boards with a 12 foot deep end to dive into.  The diving boards are gone, and with them went one more tool for making great childhood memories. Here’s what our diving boards looked like. 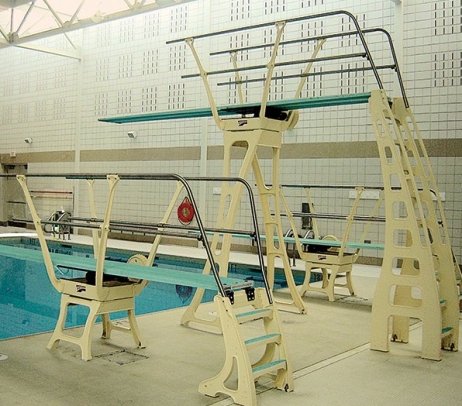 The pool was wonderful.  Beneath that 12 feet deep end was a wonderful world where, for as long as you could hold your breath, you could watch kids come crashing into the water from those diving boards.

Incrementally I taught myself how to use that high board, adjusted for the best bounce of course, to swan dive, do a single flip and even a 1 and a half then the back dive and back flip.  With all that, the multi-bounce for height and then sailing off as high and as far as I could reach before slipping quietly back beneath the surface was by far the best of times. Even with the few belly-flops, I could not have been happier.

In the deep end, I developed a way to make a diving mask using only your hands.  You could only look down, but that was sufficient to find small lost things that were too blurry to see without a mask – like that quarter you were saving for a candy bar – or your friend’s quarter when he began griping that he lost it in the pool somewhere.  This trick was quite a racket until the word got out that I knew how to do it.

It takes some practice, but you just use your hands to surround your eyes and pinch your fingers together tight.  Look down and blow out just enough air to form bubbles around your eyes and use your hands to keep the bubbles in place.  Your view will be crystal clear and you will see everything on the bottom just like you had a mask on.  The air will slowly leak away, so enjoy the view while you can.

We also had a boat to ski behind and motor off to hidden camp grounds. That boat gave us too many adventures to fully recount here; but imagine the fun of:

Do you recall, in the late  1950’s, the TV show named Sea Hunt staring Llyod Bridges.   I recall little about this show except for two things:

My dad loved this show and people told us how much he looked like Mr. Bridges and, this show set my expectations for what scuba diving was supposed to “look like”.

Even when better gear was developed in the following years, it wasn’t right if there weren’t 2 big air hoses coming around your shoulders because that was what Llyod Bridges used.

My father,  had the tanks, weight belts, flippers, masks and full wet suits, but he also made his own weights by melting scrap lead down and molding his own.  He even located enough scrap lead to make enough weights to trade for more gear at the dive shop.

I well recall when dad took me with him to a friend’s pool to try out the new tank.  Once he verified that everything worked as expected, he taught me how to use it and yes – the regulator was that two air hose model that I thought was so cool.

Dad taught me, when using a scuba tank, never to ascend up towards the surface without exhaling.  Dad put it simply, “If you do, even small changes in depth will cause the air in your lungs to expand and blow holes in your lungs.”

Say what!?  How is that possible?  Well, I did some study and dad was right.  Physics and our biology are not compatible if scuba tanks are used and people have died for not following this rule.  Cool – huh?

From that same day, I also recall Dad’s friend’s daughter, who was in my same 5th grade class and how great she looked from underwater in her white bikini using dad’s diving mask.  Wow – I doubt that she’s compatible with scuba tanks either.

Learning to use this gear was one of the first steps my dad had in mind before hitting the open ocean out near Bodega Bay – yes – where they filmed the movie, “The Birds” which will still creep you out. 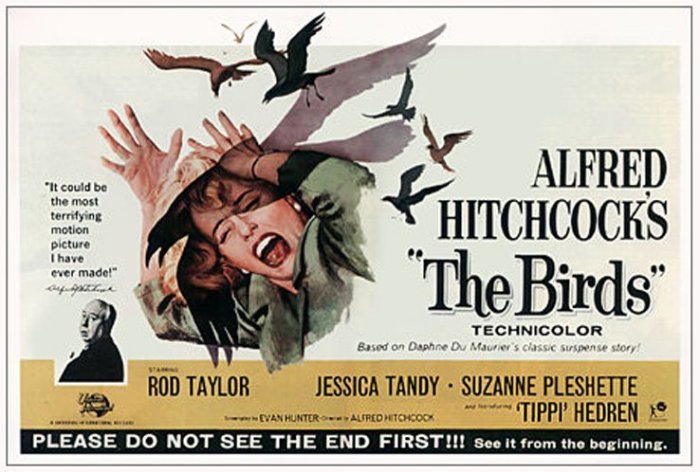 We didn’t have any problem with the birds, but after that movie I never trusted a sea gull ever again and I suspect they actually deserve that nasty old alka-seltzer trick.

Dad told me I’d have to wear a wet suit, which I was not looking forward to, but when I tested the temperature of the ocean water, that suit sounded better.  I slipped it on and grabbed some flippers and a mask on and waited until dad told me to jump in.  I did and – GASP – the suit was not water tight and water freely flowed in causing instant, thermal shock but it quickly warmed up.  As my teeth chattering slowed, dad explained from the boat, that the water does get into a wet suit, but doesn’t move much once it does and it warms quickly, so I was comfortable again in – say – 3 hours.

“You okay?” he asked as I settled down.  The suit felt restrictive of any motion I made, but once I got used to it, I decided I could live with it if it really kept me from freezing.

“Good.  Ready to try a dive?”  Finally, this is what I was waiting for, the chance to explore the world beneath the Pacific Ocean waves.  I nodded and he gave me leave to head down.  I  threw my arms into a diving position and kicked to turn my head down.  I kicked like crazy and pulled with my arms and hands, but could not get my waist below the surface.  I stopped trying because something was clearly wrong and I knew I must have looked like an idiot flipping my feet in the air while floating like a cork.  As I came back up to see my dad smirking like – well like a dad – I realized that the wet suit was too buoyant to let me submerge and dad had deliberately let me go in without a weight belt like I always saw him use.

Once I came aboard and corrected this, 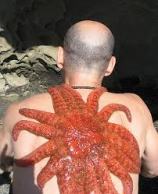 I was able to get beneath the waves and begin exploring.  Dad stayed nearby and put up with me when I brought up my first treasure, a 2 foot wide sun starfish.  I did not stick the starfish on my back because that just would not have fit my idea of adventure, but that critter looked a lot like the one in the photo – very cool!  “Can I keep him Dad?”  I dearly wanted to put it in my sisters room while they slept so they could wake up to it the next day.  Can you imagine the howling that would have caused?  Without warning or context – doesn’t it looked positively alien?

From that day on, I was able to dive some with dad for abalone using the snorkel because scuba equipment is not allowed when hunting for abalone. 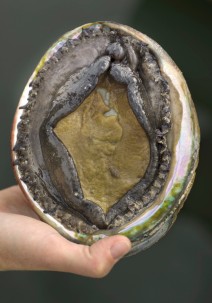 Marine biologist Nancy Caruso holds a 10-year-old tagged abalone or sea snail, that she just removed from the ocean. She restored the kelp forests and then placed mature abalone in the ocean near Crystal Cove in Newport Beach to study their outcome. ///ADDITIONAL INFORMATION: Ð MINDY SCHAUER, ORANGE COUNTY REGISTER Ð shot 111814 abalone.1122 Abalone — a delicious marine snail — used to be a focal point of Southern California culture, with coastal dwellers diving for it and grilling it on the beach. They were so common that 100 years ago you had to walk over tide pools full of them to even get to the water at some beaches. Today, overfishing has felled the population to near zero. But local marine biologist Nancy Caruso wants to bring them back to Orange County’s recently restored kelp forests — and has just finished a preliminary study showing it’s possible.

When diving for abalone, you wore your wet suit, carried a mesh bag and an abalone iron which was just a piece of metal with a handle.  The idea was simple: you used would sneak up on the mollusc, quickly jam the iron between its foot and the rock and pry it away before it could lock down.  If you delayed – the critter sucked itself hard onto the rock surface and then you were lucky to get your iron back because almost no one is strong enough to pry an abalone away once it has locked down.

One day dad took me to a place where the surf was pretty rough and the rocks we were hunting were huge, forming deep 15 foot caverns where you had to hold on to the seaweeds to keep from being washed away.  It was freaking me out even though riding the waves up and down through those rocks was kinda neat. It was obviously dangerous.

I knew the next wave was about to arrive.  I looked to see so I could be ready and sure enough, that wave was coming.  bubbles and surf debris was flushing towards me and then I saw it – a huge eel was also coming at me with the current.  It was weaving through the current, completely comfortable with the environment.  I wanted nothing to do with him and shot to the surface hoping it would pass beneath me.  Once I was above the water, my heart was pounding because I didn’t know what to do if the critter decided to follow me.  I looked back down in time to see the ell – no wait – damn – that’s a huge loose ribbon of ell-colored sea weed washing in with the wave.

I settled down quickly so dad wouldn’t see me freaked out and the wet suit washed up just fine so I don’t think he ever caught on.