Did you ever have one of those moments when one of your parents scared you with some brilliant way to resolve a problem?  When I was in 3rd grade, I gave my mom a chance to display her own clever way to solve a big problem and it left me in awe of her ever since.

My friend Rick Mossi, from down the street had just gotten a new bike and we gathered to check it out. This involved starting from our driveway, about half-way up Colinda Drive, then jetting down as fast as we could to make the 90-degree right hand turn onto Mountain View and then quickly another 90-degree turn onto Glendon Way. Glendon Way was attractive because it was steep, making it possible to, from the top, use the favorite propulsion means of young boys everywhere – gravity! From the top we could peddle as hard as we could and with the aid of gravity, really open up the bike’s full potential and rocket back down, blurring our way back around to Colinda at speeds we hoped would melt Rick’s new tires.

Looking back now, Glendon Way, was never really that steep, but high in the minds of this group of 3rd grade boys was the image of the new 1962 Supermarionation (which I was distressed to learn meant – puppets) television show, Fireball XL5. In our minds, just for a few seconds, we were Steve Zodiac, piloting this rocket propelled starship through the galaxy well before images of warp drive starships became a thing. We were awesome!

My Dad was home with his big delivery truck at the time so, we all sat in the back watching whoever was putting the bike through its paces.  During my second turn, I really wanted to put on the speed and ripped into the pedals for all they were worth. I headed down the street, turning myself and the bike into a mere blur of speed and crazy fun.

At the bottom of Colinda, just before my first turn, I finally looked up to pay some attention to the world around me (and you have to give me a break here – I was only 8 at the time) and was terribly shocked to see a fast-moving green station wagon – about to run me over! This was so – not good!

But I didn’t have to think about it long because there was no time to stop or turn.  An awful spatial-coexistence discrepancy was about to happen.  I recall kicking my left foot up to half dodge the front of the car, but already knew there was no avoiding the inevitable.

I (fortunately) went over the hood of the car and ricocheted off of the windshield changing my trajectory to straight up with a tight spin. Rick’s bicycle (much less fortunately) went under the car – where the worst carnage occurred.

The next thing I recall was deciding I needed to get out of the middle of the road, but my left leg was protesting too much to be of any help, so I crawled over to the curb, dragging that bum leg – still pretty stunned over the whatever just happened and then saw my dad sprinting my way. All was going to be okay.  Dad was on the job.

Some tense discussion took place between him and the woman driver.

I realized I was missing one shoe, and this bugged me.  Looking back into middle of the street, I saw it, well out of reach, near that pile of twisted parts that used to be a shiny new bike.  I couldn’t get it myself and decided not to call any more attention to that pile of bike parts by asking Dad to retrieve it for me.

Overall, there wasn’t too much blood – but my leg was really starting to hurt.

Somehow it was decided that the woman would drive both my dad and I to the old Petaluma Hospital on 6th Street, while someone called our family doctor.  Ugh.  This meant a visit by the dreaded Dr. Stimpson (my parents called him, “Stimey”) who was scary for regular check-ups and downright mean when you were actually hurt.  Stimey didn’t believe me when I told him my leg was broken so he made me try to walk on it.  One step put me on the floor struggling not to scream and he reluctantly conceded.

The needed x-rays and stitches were accomplished and before long I found myself back home with only minimal injuries.  It seems like my 8-year-old body bounced pretty good. Man – those were the days!

My friends found me soon enough and were enjoying telling me how high I flew over the car.

“You went higher than the power lines Wilson.”

My friends always possessed super-human bedside manners, but once I was safely back home, the fun with Mom started,

If life (read ‘me’ I think) had gone a bit different for Mom, she would have pursued a career in law, but as it turned out, she had to be satisfied with watching Perry Mason on TV – until I handed her the chance to play with the big guys.

Mom set me up with a new stack of Arthur C. Clarke books because she knew I’d sit still with them (such a wise woman) and I would read and heal.  There was no cast, just about 3 weeks of sitting home from school (which I was okay with) and not moving much (which I was not okay with) but I was mostly back to normal life except for the near daily reminders from Mom about all the paperwork I caused her. 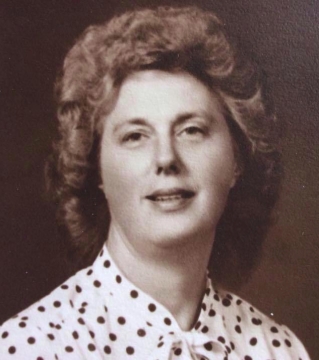 For a couple of weeks, she covered the kitchen table with paperwork – piles of it.  Then one day, she disappeared to go down to San Francisco to meet with the insurance adjuster for the gal who nailed me with her car.

Note that I had to learn the details what followed later because even an ace bike rider like me was not prepared to understand how this story unfolded.

Mom gathered her paperwork and notes went off to put her grand strategy into action.  The meeting with the driver’s insurance adjuster to see if they could come to an agreement was only step one.  My mom showed up with a long list of compensation expectations: time missed from work, my medical bills, a new bike for Rick, etc. She apparently really poured it on – fully expecting the adjustor to not accept the proposal.  “After all, your client had been speeding through a neighborhood where kids are frequently playing on bicycles and actually hit my son . . . .”

There had to be some discussion, but the bottom line was close to, “Well, we’ll see you in court then Mrs. Wilson.”

Ah!  She had what she wanted. But, of course, she never intended on actually going to court, because instead of coming home, she grabbed a cab to a different part of the city and arrived at the address of a famous San Francisco tort attorney who she had never met, and strolled into his office and up to the reception desk, where something like the following happened.

“Yes – can I speak to Mr. [redacted because too many of you would recognize his name] for a few minutes?”

“Do you have an appointment?”

“No, I just need a few minutes of his time please.”

“I’m sorry, but Mr. [still redacted] is very busy and unable to see walk-ins.  Can I make an appointment for you?”

“Humm, no thank you, but can I have a business card so I can call back later?”

“Thank you very much.  Goodbye.”

And she came home.

As I understand it, she let the insurance guy stew for a few days thinking he had the upper hand, before taking her next step.  Finally, she called and set up an appointment claiming to have a few questions to discuss with him.  He agreed and they met again where Mom then set the trap.

“I only have a few questions Mr. [I have no idea],” and she picked up her largest purse.  “Just let me pull out my notebook.”

She then began to search through the collection of stuff in the purse — for an awkwardly long time.

“Excuse me, I know it’s in here,” as she began pulling things out to find the notebook, which had been deliberately placed at the bottom.  She made quite a pile of stuff on this guy’s desk before finding that notebook.  Can’t you just see the look on that guy’s face?

“Ah – here it is,” and she proceeded to ask a few reasonable questions about our claim while repacking all the stuff from her purse and making notes about his responses – but (and don’t miss this part) she managed to “forget” to repack the business card from the famous tort attorney – leaving it on this guy’s desk – with some suggestive notes scribbled on the back I’ll bet.

I understand that the adjuster asked once more if mom had reconsidered any of her expectations for a settlement – which Mom politely declined.

After repacking her purse, mom, who was always polite to her prey, thanked him for his time and left.

The very next day, mom got a phone call from the adjuster.  He described his own surprise, but the insurance company had decided to accept my mother’s terms for settlement without going to court.

Years later – when mom explained all this, I decided I have some dangerous genes in my system and that it was a good thing that my mom was basically honest because she easily could have been a very gifted grifter. I am so glad she was my mom and never my enemy.

Now that I think about it, I don’t recall that Rick Mossi ever let me ride his second new bike. He always was one of the brighter members of our gang.

21 thoughts on “The Insurance Company Adventure”

Follow Gary A Wilson Stories on WordPress.com
Join 189 other followers