This is a Weekly Coffee Share hosted by: Eclectic Alli.

Alli manages a weekly list of posts from any who want to just stay in touch, chat about blogging, writing, travel, photography, children, pets, work, life hacks or just about anything else that might be of interest.  Thank you Alli!  We appreciate you doing this for us.

Here’s the link for last week.

Here’s the link for this week.

Hello.  I’m pleased to see you out and about.  Come on in.  The coffee and water are all hot and there’s a decent choice of teas laid out for your selection and pleasure.

I’ve been having a great week off of work and enjoying the Christmas season.  With wife and all three offspring nearby – what more could a dad want for a happy Christmas?

I do have something of a simple tale to share, but will make it short because I know most of you will still be busy folding up Christmas and unfolding New Years – now just a few days from now.

Dad wanted to make sure I was tool suave and I happened to fall in love with them along the way. Early in my life, he went out of his way to get me used to using tools.  He even facilitated a major upgrade in my skills when he turned me loose on his Shop Smith which I used to create a local fad of plexiglass boomerangs.  You can read about that adventure here.

Later, when I was about 14, dad gave me a broken electric drill for Christmas – yes it was broken.   It wasn’t wrapped up and put beneath the tree.  It was more like, “Come out to the garage.  I have something for you.”  He also told me I could keep it if I fixed it.  Dad was wise in this area and knew my abilities.  He knew all it needed was a new cord, but I had to take apart the handle to attach the new cord.  I was thrilled and managed the task in just a few hours.

In my childhood home, I had a bedroom to myself.  One day, dad, always a source of strange stuff, brought home a door-size piece of press board with a fake wood grained Formica on one side.  I bet it was supposed to have been someone’s kitchen counter top.  How he came by it, I don’t think I ever knew, but when I asked if I could have it for my room, he gave it to me.  I had a part time job which put just enough enough money in hand to fund a cool idea.  So, one afternoon, I did a bit of remodeling of my room.  Come on – stop it!  How much trouble could a kid get into with just an electric drill and a vision of his first remodeling project?

I bought 2 lengths of 1×4 boards and cut them to the same length as the giant shelf.  I also bought 6 heavy duty shelf brackets.  With my electric drill in hand and a few tools from dad’s tool box, I firmly attached those two boards horizontally on one wall, and the brackets to them.  That drill was amazing.  I figured out how to find the wall studs and drill the started holes for some long screws from dad’s spare hardware stash and finally mounted that huge door-size shelf to the large shelf brackets.

Hmm, it looked pretty sturdy, but I knew that it would need some support apart from the wall, so I slid in two tall but narrow unfinished sets of drawers, one at each end.  These were only about 1 square foot deep and wide, but tall enough to sit beneath the outer corners of my giant shelf.  Now – I could stand on that thing and it wouldn’t budge. I then stepped back to admire my new work bench.

This creation, changed my room from just a room into a workshop for many creations and hobbies.  I bought a small set of drawers for random hardware that I poached from dad’s many cans of nuts and bolts and nails and screws and what-not.  I added electrical odd-n-ends like alligator clips and project light bulbs, bought myself a vacuum base small vice and a small set of drill bits for my good-as-new drill.

I don’t know what was more fun; building stuff on that work bench or collecting tools to fill up those little drawers, but whichever it was, if I wasn’t running around with friends, in school, reading, sleeping or eating, I was most likely building stuff at my bench.

Okay, where are I going with this?

Earlier this week, my wife’s side of the family had a get together and they announced that they wanted to do a gift exchange.  I’m sure you know the game.  Everyone brings a gift of restricted value (we went with $20), then everyone picks a number and chooses a gift to open, or steels one from someone who already opened one.  If someone steels you gift, then you get to choose or steel another until everyone has a chance at both.

The gift I brought was an idea I’d used before and had good experience with.  I simply took one of those plastic nut jars you might have left over from Costco. For those who may not know about Costco – they are a huge warehouse-type store where you can buy all kinds of things in bulk – presumably for less money that you would spend at normal stores.

Costco is that kind of place where you can buy enough toilet paper to run a medium size office on for about 3-4 years or tires in six packs.

For towns that have them, Costco’s are something of an event the whole family can get into.  Fun if you “get it” and brutal if you don’t.

Anyway, so for my gift I took the empty jar from something we’d finished and went to the local big box hardware and toured the discount tool bins looking for bargains that would fit into my jar.  When it was done, I had things like:  WD-40 and Goof-off, screwdrivers and electrical tape, needle nose pliers and a razor blade scrapper, a tape measure and small wire brush.  The jar was stuffed with great starter tools. 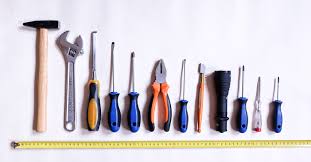 I hoped one of the kids at the gathering would wind up with it so I could pass along my love of using tools – and luck was with me.  One of my distant once removed 3rd cousin-in-laws (or some-such) a real lovable little gal, got it and no one, not even her dad had the courage to steel it from her.  She’s about 12 years old and went nuts for that jar of tools – that were all hers and she could not wait to help her dad with stuff.  Gary got a big hug for this one. For her parents sake, I hope I’ve created a monster.

It’s almost New Years guys.  Be safe and come back next weekend.  2019 will be such a better year with you in it.  Blessings all.

Autobiographical fun in 10 minutes or less

Follow Gary A Wilson's Stories in a Dime of Time on WordPress.com